Testing The (Inter)Faith: Should I Walk Away?

Testing The (Inter)Faith: Should I Walk Away?

Rutgers Professor of Islamic Jurisprudence, Atiya Aftab, who is co-founder of the Sisterhood of Salaam Shalom, on balancing her commitment to interfaith and her duty to call out the humanitarian crisis in the Middle-East.

There are moments when I want to do just that. Walk away. I can hear “I told you so” from those who were skeptical that Muslims and Jews in America can engage in meaningful dialogue in the midst of the grim reality in Israel and Palestine. Not to mention those who felt I was a traitor for speaking with the “enemy” in the first place. 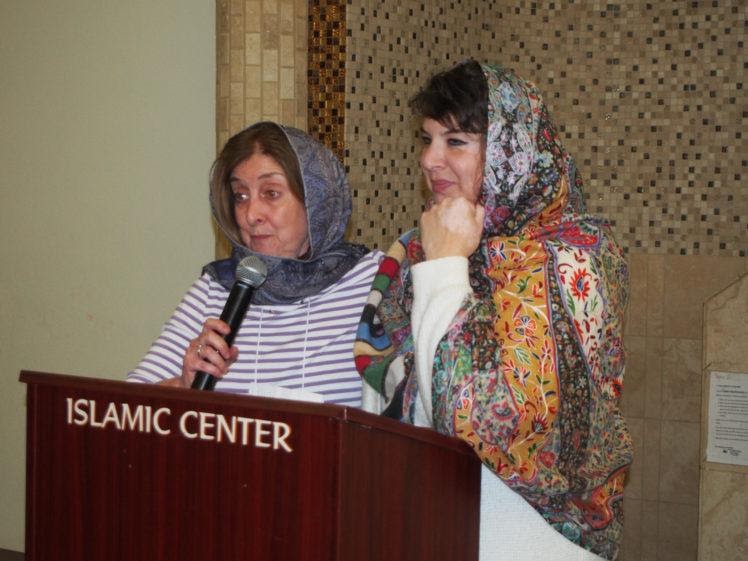 When Sheryl Olitzky and I formed the Sisterhood of Salaam Shalom over 10 years ago, we did our due diligence. Every Arab/Israeli or Palestinian-Jewish group we met with had collapsed. We were convinced that we were different — that the Sisterhood would avoid the pitfall of Palestinian-Israeli politics and be a faith-based relationship of Muslims and Jews in America.

As people, we share more than a 1,400-year history and the overwhelming majority of it has been peaceful coexistence. The reality is that the vast majority of Muslims are not Arab and not all Arabs are Muslim. There continue to be places in the world where Muslims and Jews are living side by side peacefully. Through Sisterhood Building Bridges trips, we have met with some of these communities.

We are bound by the shared challenges of preserving our minority religions among the majority Christian Americans. We learned from obstacles Jews overcame when developing their institutional presence in America, which are similar to those facing Muslims now. We developed friendships and deep meaningful relationships in our chapter meetings, programs, our trips and conferences.

It’s my intrinsic Muslim values that compelled me to accept Sheryl’s outstretched hand to form this organization, to sit at the same table with my Jewish sisters and know and learn from each other. It was also clear to me that in extending her hand Sheryl was also risking alienation from her own community. Our shared religious values called for working together to impact society for the better.

Over the last ten years, we have seen a steady growth in our organization. During the 2015 campaign cycle preceding the 2016 election, we had a major jump in our membership. As Muslims and Jews, we united to fight the rising scourge of Anti-Semitism and Islamophobia. We stood together to speak out against attacks in our synagogues and mosques — our mutual religious values supported our relationships and our unified responses.

The reality of Israel-Palestine has existed for over 70 years. In America, when there is active conflict, we wake up to deal with that as a nation, but in the Sisterhood, we face it continuously. This is why we decided to confront the enormity of the issue. Every year at our conference, we offer a workshop on Israel-Palestine and in 2019 as a Board we undertook a 3-day intensive facilitated workshop with Combatants for Peace.

This culminated in our issuing a statement with an accompanying blog post, which confirmed our commitment to “human rights, security and self-determination” for all and to “empower those most affected by the occupation.” Our internal and organizational struggles are also memorialized in the documentary Stranger/Sister.

Yet, here we are today in the midst of devastation, which once again includes a death toll with disproportionate numbers of innocent Palestinian lives.

As an organization, we have just issued another statement in which we say while we “grieve the violent response on the part of Hamas and subsequently the IDF,” we “condemn the actions of the Israeli police in attempting to forcibly prevent religious worship, in attacking Palestinian worshippers at a religious site and in instigating violence in the East Jerusalem neighborhoods of Sheikh Jarrah and Silwan.”

We also condemned the brutality, the loss of life and injuries and targeting of innocent civilians. We call for an end to evicting Palestinians from their homes and for the Israeli government to “stop falling victim to extremist groups who are fueling the aggressive police actions and the unjust and prejudicial actions targeting Palestinians and to end its systematic racism against and repression of the Palestinian people.” 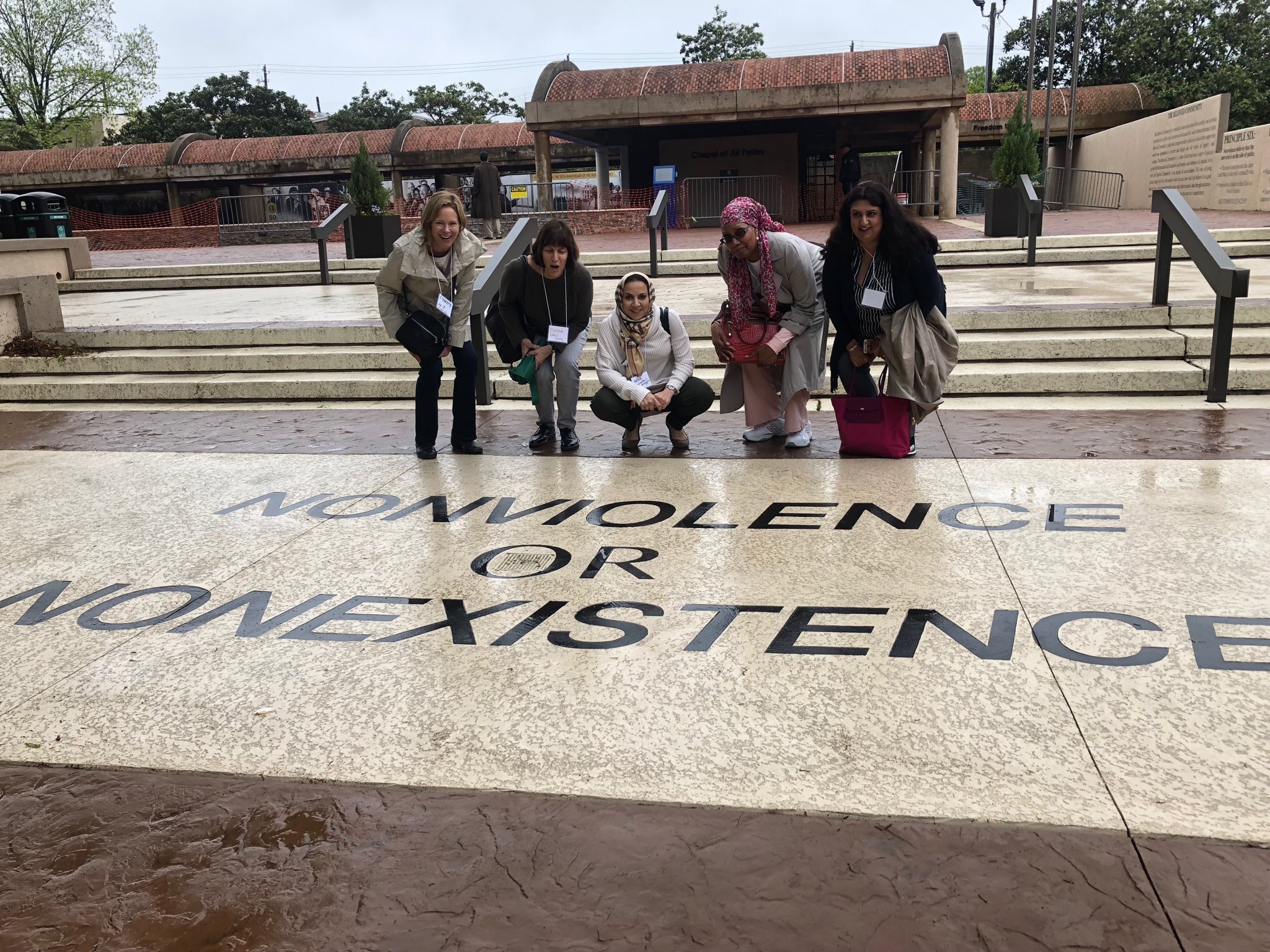 Among the sisters, this provoked differing reactions, ranging from positive affirmations to those who are disturbed by the position. Again, I ask myself how can I continue in the Sisterhood when there are those who espouse viewpoints so different from mine. Again, should I walk away?

But something keeps tugging me back. We must not throw away these relationships--we must talk to one another. We must examine what makes us uncomfortable. We have stood up for and acknowledged the suffering and oppression of Chinese Muslims, Indian Muslims, the undocumented fleeing to America from appalling conditions in Central America, Jewish victims of synagogue attacks and that Black Lives Matter.

Why is Israel-Palestine so different? It is different because both Jews and Muslims are vested in Israel and Palestine. While I am not Palestinian, as a Muslim Jerusalem is sacred. It is mentioned in our text — the Quran 17:1. The Al-Aqsa compound is where Muslims believe Prophet Muhammad (PBUH) ascended to heaven. As Muslims and humans, we must defend the right to worship safely in all houses of worship, oppose oppression, aggression, injustice and racism while always supporting the poor, needy and defenseless whenever we can.

During this humanitarian crisis, I am committed to inspire the Sisterhood to support and promote peace, to speak out as Muslims and Jews, but also as Americans who believe in human rights, freedom and democracy. Our shared religious values dictate we pray and support the victims of oppression but also pray for the oppressor to be just and merciful.

It may be easier for me to retreat or re-route, but I choose a different path. The path that is challenging and risky, but which can lead to profound change. I will not walk away. 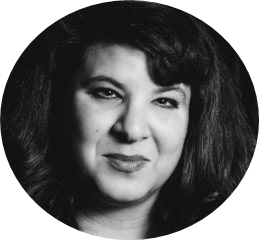 Atiya is the co-founder and chair emerita of the Sisterhood of Salaam Shalom, an international women’s interfaith organization. Atiya is also an Adjunct Professor at Rutgers University, Department of Political Science and Middle Eastern Studies Program and teaches “Islamic Law and Jurisprudence.”